Criteria in choosing books for the longlist:
Overall considerations when generating the shortlist:

HUGE WARNING: Because the lists are open to the world, some really weird things can be put on it — and, even though our ISLN Goodreads account created the lists, we can’t delete things off it (at least I can’t figure out how to do that). Right now a guy called Jonathan: 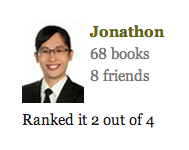 has added several titles, which are not appropriate.  One is a nonfiction book about health care for adults.  E.g., 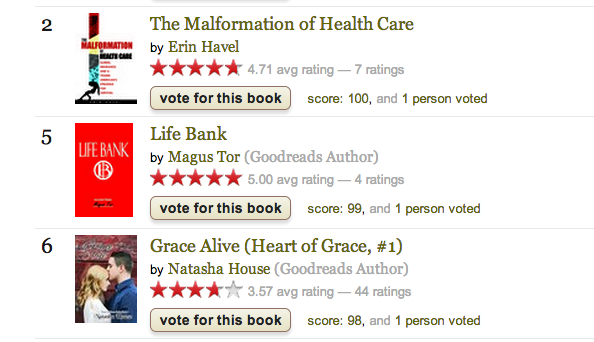 Please ignore them.  The Red Dot committee surely will.  And if anyone has a better idea of how to suggest titles, let me know.  We could just go with the Goodreads group shelf, but it’s a bit more of a hassle to put books on a shelf.

The four SHORT LISTS will be announced by the Red Dot ISLN committee in September.
(Alternatively, click here to join our Red Dot Nominations Group in GoodReads and put books on the Group bookshelves.  Some of us will then put the group suggestions on the next year’s LONG LISTS.)
See you all at the Readers Cup competition on May 22nd at CIS Lakeside.