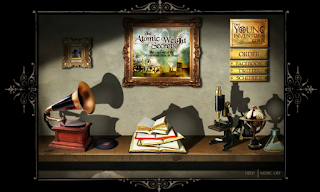 When her son commented that, although he loves the magic in books like Harry Potter, it’s always disappointing in the end because you really do it, Eden Unger Bowditch was saddened. To her, magic is everywhere. The way a tree grows out of a tiny seed is magic. Science is magic, as is invention.
From those roots, Eden went on to write The Atomic Weight of Secrets or The Arrival of the Mysterious Men in Black, the first book in the middle grade Young Inventors Guild trilogy. She’s been talking with kids about the book all around the world, from Los Angeles and New York in the United States to her home in Cairo, Egypt, and she’d love an opportunity to speak with the children at your schools.
As a mother with three kids in international schools, Eden has a terrific affinity for schools like yours, and as an author, she has found the students at similar schools some of the most amazing to read to and speak with. Right now, a cross-curriculum program for The Atomic Weight of Secrets is being developed by an American teacher—and rightly so, seeing as it teaches science, culture, history, and language arts, while never being anything less than an exciting adventure.
In 1903, five young geniuses, the children of the world’s most brilliant inventors, are taken from their lives and homes by the mysterious men in black and deposited in a strange farmhouse in Dayton, Ohio, where their only means of escape may be the invention they’ve all been working on. But are the men in black trying to kidnap them—or protect them? And if they’re trying to protect them—from what?
Eden is eager to visit with the students in Singapore. Please let me know what we can do to make it happen.
Sincerely,
Harrison Demchick
Deputy Publisher/Editor/Screenwriter/Marketing Associate/Odd Jobs Guy
Bancroft Press
P.O. Box 65360
Baltimore, MD 21209-9945
Phone: 410-358-0658
Fax: 410-764-1967
HDemchick@bancroftpress.com
hdemchick@gmail.com (if Bancroft account is down)